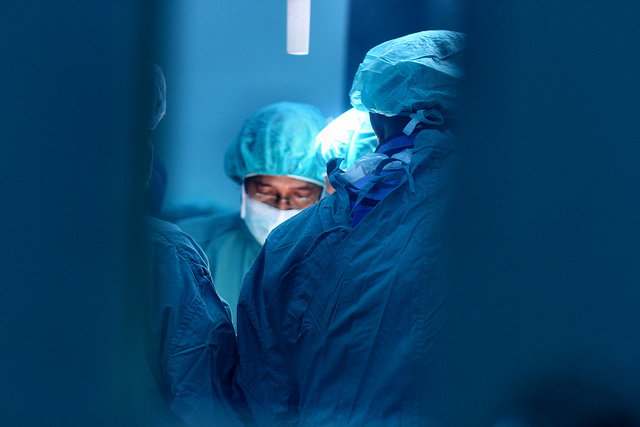 In November 2013 Health Secretary Jeremy Hunt told the House of Commons that he supported the Medical Innovation Bill, subject to the results of a public consultation process.

Following Department of Health analysis of the positive results of the consultation, Jeremy Hunt asked NHS director Sir Bruce Keogh to come up with a version of the Bill that met the challenges raised by stakeholders in the process.

Sir Bruce offered amendments that on the one hand ensured patient safety and on the other  supported doctors to innovate without imposing a heavy bureaucratic burden on doctors.

The Department of Health and Lord Saatchi agreed these amendments which were then formally laid before Parliament by Lord Saatchi.

In effect,  the Medical Innovation Bill is now a joint enterprise between Lord Saatchi and the Department of Health.  The amendments were laid by Lord Saatchi, as the originator of the Bill.

On Friday, the Bill goes to committee in the House of Lords where Sir Bruce Keogh’s amendments, plus amendments offered by other peers, will be debated. If the amendments are accepted the Bill will proceed to the House of Commons for further debate. If all goes well, the Bill could reach the statute books next spring, 2015.

The amendments offered by Sir Bruce have met considerable favour among stakeholders – some of whom were previously concerned about the old version of the Bill.

For example the General Medical Council chair, Professor Sir Peter Rubin, said today:  “Medicine is a risky business. There are many people alive today because of the willingness of doctors to innovate, deal with uncertainty and take reasonable risks which are understood, shared with, and consented to, by the patient in accordance with good medical practice. While we welcome the amendments to the Bill in Lord Saatchi’s name, we look forward to seeing the final version.”

And Cancer Research UK also made a positive statement about the new Bill.  Sarah Woolnough, the charity’s Director of Policy and Information, said: “We will monitor the Bill’s progress closely and hope we will see a greater focus on innovation thanks to this Bill.”