There is a lot of talk about breakthroughs in curing cancer and other diseases.

It is true there have been big breakthroughs; diagnoses of childhood leukaemia or breast cancer, for example, are no longer the near-certain death sentences they used to be.

But in many cancers and other diseases, too little progress has been made in recent decades.

For many cancers and other diseases, there are no treatments available other than surgery – no drugs, no chemotherapy, nothing.

In an ideal world, innovation would always be driven by full clinical trials. But, again, in the case of rare diseases often there are few trials taking place.

Thus, the evidence base is small, and unlikely in many cases to grow sufficiently to drive new treatments.

We need more progress and we cannot only rely on full-scale clinical trials to drive progress – it’s just not happening, at least not across the board.

We need doctors who are creative and innovative who are ready to try new ideas and make things happen.

We also need to drive a culture of innovation. This Bill will encourage doctors to think that innovation is indeed possible. It will allow them to think about innovating. 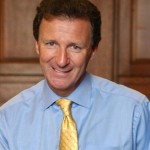 “I am not a medic. I rise to speak because I think that this issue creates all sorts of problems and challenges in which my experience in public policy and economics can help…I think that this is an issue about evidence-based policy.

“We know that markets will not solve the issues that the noble Lord, Lord Saatchi, raises in the Bill.

“The incentive structures are such that the pharma companies will go for those areas where they can sell large amounts of drugs. Rare cases will be problems.

“One issue I have as someone who cares enormously about evidence-based policy—I gave a lecture at the Royal Statistical Society earlier this week on this, when I went on at length, which I will not repeat—is how you generate the right amount of data to handle this problem.

“I strongly support the Bill. In that, I am with Sir Michael Rawlins, president of the Royal Society of Medicine and former head of NICE, who knows about the analysis, so I take the medic side as given.”